In 1874, the church raised £1000 to rebuild the church and purchase a house for the minister. The original intention was not to re-build entirely but to alter and improve the old chapel. A new roof was made of finely carved timber but when the old roof was taken off, the walls were found to be in such a bad state that they had to be pulled down and rebuilt. The plan was, therefore, to do this without disturbing the interior. In the Spring of 1874, a passer-by would have seen the strange sight of the galleries, high-backed pews, and the entire interior of a chapel standing in the open air with no walls surrounding them or roof covering them! On pulling down the walls it was then discovered that the foundations of the old chapel were also unsafe, so these were renewed as well. This meant that the old pews and the large pillar in the centre of the building were also removed.

Whilst the church building was being redeveloped, John Wheatley was again very instrumental in the carpentry and building work. During this time, he was requested by the church elders to keep the decorations to a minimum, in keeping with the simple, less ornate stance that the Baptist denomination had taken in contrast to the Church of England. However, Wheatley decorated the church with detailed carvings of decorative vines and flowers trailing across the length of the roof. His response to the elder’s request was to carve into the wood his initials and in Latin the words ‘Deo Optimo Maximo’ which translate ‘to God, the Best and Greatest’.

At this time, it is believed that the entrance hall and detailing were added to the front of the church building. In total, the repairs and alterations plus the new manse cost over £2300. This was a vast sum for an agricultural community when average wages were less than £50pa.

By 8th June 1875 the new building was complete, incorporating many of the original materials. When rebuilding, it was of vital importance that the new building looked very similar to the previous building, in order to retain some of the character of its predecessor. By just 1881 all the debts had been repaid. 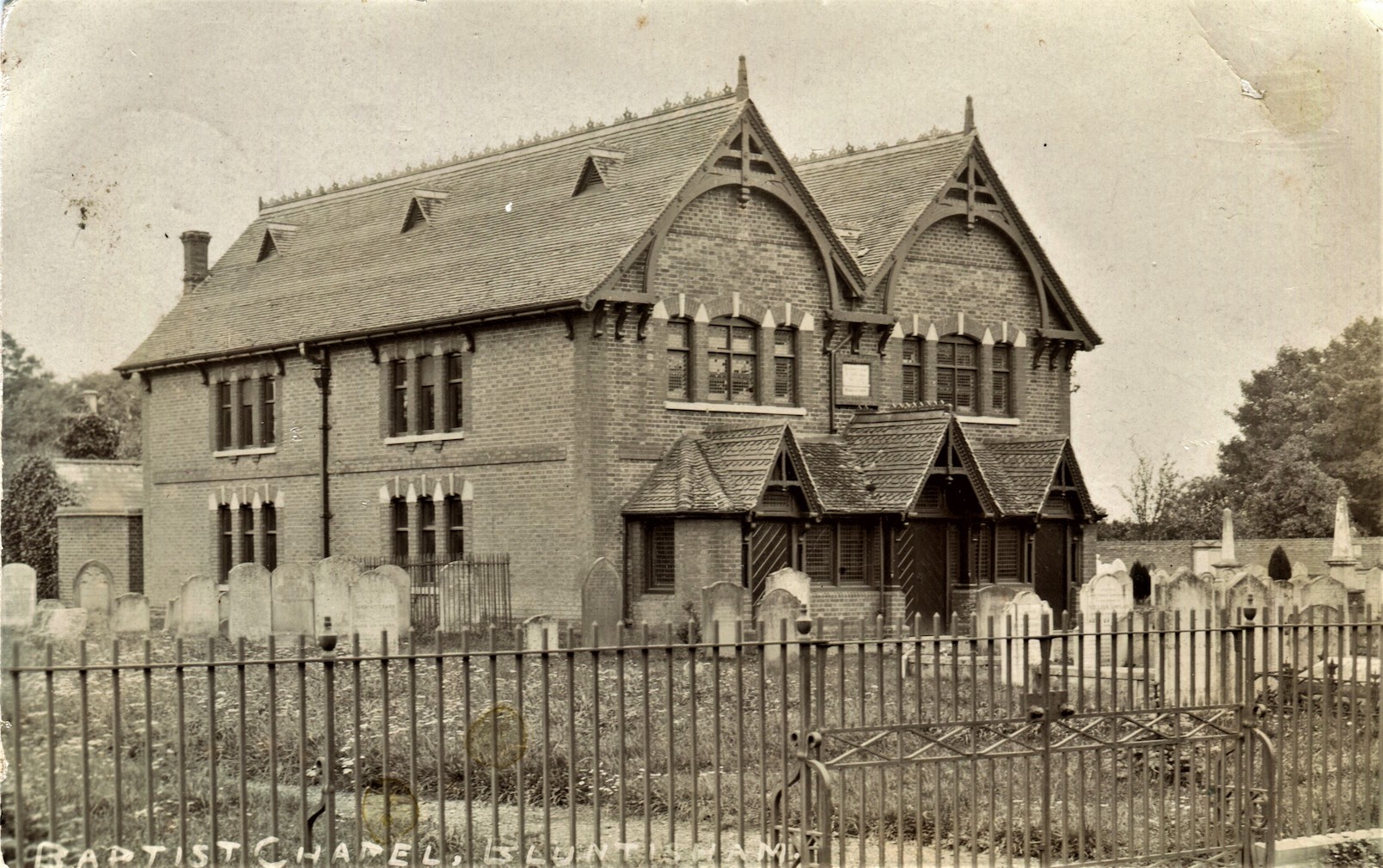